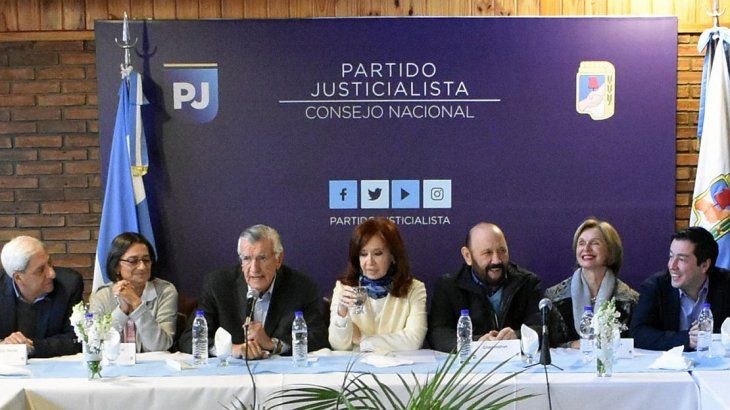 “Buenos Aires,” the name of the Argentine capital, translates into “Good Airs” or “Good Breezes.” The hot summer days that are approaching in this South American city are not particularly appealing, but the recent election of Mauricio Macri to the presidency, is making many feel that they are in a political spring. Some observers are forecasting that the election signals the end of populism. “XXIst Century Socialists,” on the other hand, argue that the election is a partial set back and a return to “neo-liberal” and crony capitalist days. The new cabinet, appointed with extreme speed, can give us a sense of what might follow.

Let’s start with the economy. The people chosen by President-elect Mauricio Macri, Alfonso Prat Gay, Pedro Lacoste, Rogelio Frigerio, and Federico Sturzenegger, to lead the ministries and agencies in charge of the Argentine economy are shrewd operators with ample experience in the public and private sectors. Their knowledge of how the Central Bank and other state-owned banks and agencies operate is an essential asset to this transition. During my lifetime, (I was born in 1954), not a single elected president who was not part of the Peronist party was able to finish his mandate. That’s not to say that they were all destabilized by the Peronists alone; one of them, Raúl Alfonsín (1983-1989), did it mostly to himself. His team implemented an easy money policy, which destabilized the economy, forcing him to call for early elections.

The knowledge that Prat Gay, Lacoste, and Sturzenegger have of the web of interventionist regulations currently used to control most aspects of the Argentine economy will help the next administration to carefully assess any malfeasance conducted by the Kirchner government during these last weeks and until they take charge on December 10. Martin Lousteau, chosen to become ambassador to the U.S., belongs to the same club as the rest of the economic team. He also worked for the Kirchners and following his political instincts more than his economic understanding, greatly increased the dreaded export taxes, but was chosen due to his political clout.

Like good technocrats, the new team will be able to dazzle their audience and other policy players with numbers and figures. Yet having knowledge of data and economic statistics is not enough to avoid missing the goal of achieving financial stability and sounder monetary policies. The track record of Argentine “monetary experts” has not been good. In this case, pragmatism, of a non-dogmatic, Keynesian fashion, will be the norm. Prat Gay was head of the Central Bank in the early years of Nestor Kirchner’s administration (2002-2004), and Pedro Lacoste was his deputy. Lacoste’s consulting firm, Tilton Capital, is named after the estate of the late John Maynard Keynes. Only when compared with 21st century socialists can this team be considered “neo-liberal;” neo-Keynesian is more appropriate, but still much better than neo-Marxists like the departing Axel Kicillof.

What changes will we see first? I expect that soon most prices will be determined by the market process. There will be a gradual and uneven liberalization of the prices currently set and subsidized by the government (for instance, a train ticket costs 20 U.S. cents, which I estimate is 10 percent of its real value). I forecast that President Macri will respect his commitment to letting the price of the U.S. dollar and other foreign currencies be determined by the market, while asking his team of technocrats to try to smooth major fluctuations. But this will only be possible if the government puts its fiscal house in order and pursues a sound money policy.

To accomplish this goal, I expect that President-elect Mauricio Macri will seek major support from international financial institutions. He will show signs of responsibility by negotiating an agreement with Argentine creditors (the “holdouts”) and pushing for less politicized relations with most countries. Transparency in these first deals, divulging commissions and fees paid to financial brokers and legal advisors will indicate if there is a chance that positive change in Argentina is possible.

The new Minister of Energy, Juán José Aranguren, the recently retired head of Shell Oil Company, was one of the few in the business sector who, during this last decade, dared confront the Kirchner administration not only with words but also with lawsuits. In economics, he champions free markets moderated by social policy; his principled stances made him a darling of local free-market think tanks.

As Minister of Homeland Security, Patricia Bullrich will have a daunting task. But she does not lack the courage. As minister of labor in a previous administration under President De La Rua (1999-2001) she was the only one to really confront the Peronist labor unions. Originally from the “left,” Bullrich became a staunch defender of republican institutions both in Argentina and abroad (with Macri, she will fight for the freedom of Venezuelan political prisoners). Eugenio Burzaco is the new head of intelligence. Burzaco created the police of the city of Buenos Aires in order to counter the more politicized national (federal) police. Teamed with Bullrich, they will be a formidable team. They are committed to combatting narco-trafficking and the many criminal endeavors supported by its profits. Germán Garavano, who with Burzaco wrote “Mano Justa,” a book that received the Sir Antony Fisher Award from Atlas Network in 2005, is the new Minister of Justice. In no area does Argentina score so low as in respect for rule of law and justice. So these appointments are of immense importance.

In addition to justice and security, Argentina faces major challenges in the educational arena. Esteban Bullrich, the new Minister of Education, will bring his knowledge, innovative spirit, and integrity to the national scene. He developed and tested his skills as secretary of education in the city of Buenos Aires. He understands the theory and practice of education.

In Labor, Jorge Triaca (Jr), the son of one of the few moderate labor union leaders in Peronist history, played important roles in Fundacion Pensar. Pensar is a think tank that started as a state policy network, collaborating with think tanks across Argentina and Spain. It later became the official public policy ideas generator for the Macri-led political organization (PRO). Jorge Triaca left Pensar when elected to Congress. Due to his knowledge, big tent approach, and demeanor, he is one of the most admired politicians in Argentina today.

Argentina confronts major problems in economics, rule of law, security, and education. The team assembled by Macri is outstanding on many fronts. In my area of expertise, economics, I anticipate that interventionism will continue. This interventionism will be less political but, as it always favors some at the expense of others, it will not be less risky. In international affairs and global positioning, Argentina will show a very different face, much more civilized, respectful, and modern. All in all, a much welcome change for Argentina, the region, and the world.