In the past two decades all sectors of society have been increasing their social media presence. Think tanks and pro-free-market organizations are no exception, and during this Covid-19 year they had to rely on social media as never before. How did they do? Here I present an analysis of think tanks and organizations that promote public policies largely favorable to a free economy. For comparison, I also show the social media following and networks of prominent think tanks that do not define themselves as being particularly pro-free-market. Three of them, CSIS, Brookings, and Chatham House, have extensive networks on LinkedIn, much larger than their more pro-free market competitors. In most other platforms Heritage Foundation is ahead of them and their free-market peers.

Few groups were successful in achieving sizeable growth in website traffic in the past year, but most were able to advance in social media following. Some, however, managed to increase their web traffic as well – these include PragerU, the Hoover Institution, Young America’s Foundation, and the Acton Institute, whose website hits all increased by over 50%. For these numbers I use data from SimilarWeb, which correlate very well with the internal reports that I receive from over 50 think tanks, but SimilarWeb keeps increasing the threshold for sites to qualify for their measurements. Only the larger think tanks have enough traffic to appear in its analysis.

The largest area of growth was in the use of online meeting platforms such as Zoom, Microsoft MSFT -1.4% Teams, and Google GOOG 0.0% Meet. Few think tanks are compiling and sharing their information about their activity in these platforms, but I expect that soon we will have better data to analyze how think tanks managed their transition away from in-person programs. As several think tanks post their Zoom meetings on YouTube to help attract subscribers and views, part of the growth in these platforms is captured in this analysis.

The Heritage Foundation continues its impressive social media efforts, capturing first place among US free-market groups on all platforms except YouTube, where it came second. The Foundation for Economic Education, one of the oldest think tanks (founded in 1946), and one that caters to to a younger audience, is ahead of Heritage in YouTube subscribers and in the category of most views for a YouTube video of more than 2 minutes. The Mises Institute came first in this area. A more accurate measure of success on YouTube would be the total number of minutes watched during the last 12 months. Some think tanks measure total views. Campus Reform, a program of the Leadership Institute, claims to have achieved 34 million views in one year. Some of their videos are very short and balancing their impact versus a much longer educational video is not an exact science. As a proxy, I used the number of YouTube subscribers and the most-watched videos of two minutes’ duration or more.

Heritage also captured first place in the social media areas of the Global Go To Think Tank Index Report, which presents a ranking based on votes from peers, competitors, and players in the public policy arena. Its social media traffic numbers justify that well-earned place.

I again included Judicial Watch among advocacy and grassroots organizations. They have over half a million donors. Their work is more focused on rule of law issues and its efforts have an impact on those who work for the defense of the free economy.

I also track groups that are part of the media and those that focus on educational videos (see Table 2). PragerU continues to lead and grow on most platforms in this area. BrasilParalelo, a Brazilian platform that I would describe as a pro-free-society Netflix NFLX -0.1% or History channel, has also achieved impressive reach. It has over 1.6 million YouTube subscribers, almost ten percent of whom are paying clients. Some of their programs, such as their three-part “End of Nations” series, are also streamed in English, and others, like “A Queda Argentina,” will be appearing in Spanish. Their success has made them the target of cancel culture. BrasilParalelo founder Lucas Ferrugem tells me: “We are a frequent target for lies, slander, and canceling efforts by partisan and ideological groups. But since these are political hatchet jobs – often illegal at that – they end up having no real effect on the wider public, with no real negative impact on us, and in the end just help strengthen our efforts against the Brazilian establishment.”

Below are the free-market think tanks scoring first or second in the United States and from around the world (data compiled during the fourth week of March, 2021):

Prager U’s continued focus on attractive short videos is paying huge dividends. While their closest competitors are not growing, PragerU continues to expand its following on Facebook and Twitter. They rank first in all categories except web traffic, as most are attracted to their videos through Google or YouTube searches rather than going through their website. Except for LinkedIn, PragerU scores better than think tanks in all categories. In the website category, National Review and Reason, both anchored in their magazines, lead in traffic.

Leaders in pro-free-market videos, magazines, and news outlets include:

·  Most views of YouTube video uploaded during the past twelve months, 2 minutes or longer: #1 PragerU (9.4 million) #2 Daily Signal (2.5 million)

Turning Point USA, created to identify, educate, train, and organize students to promote freedom, has more Twitter followers than all US free-market think tanks except Heritage. It is also second to Heritage in Facebook likes, but not by much. Founder and CEO Charlie Kirk has moved most of his Twitter-type activity to Parler, where he already has 841,000 followers. He has 1.7 million followers on Twitter, and being only 27 years old he can legitimately continue to lead his youth group for several years to come.

Turning Point’s number of Facebook likes almost as many as those of Young America’s Foundation  YAF and Young Americans for Liberty, which rank second and third in likes, combined. YAF leads in YouTube subscribers. There are other organizations with less focus on social media that also cater to young leaders. Students for Liberty reaches out to libertarians. Leadership Institute (LI) focuses on future conservative leaders, but approximately one-third of those who pass through their programs are self-described libertarians. LI’s Campus Reform project ranks first in web traffic and had the video with the most views. Finally, one of the oldest youth groups, the Intercollegiate Studies Institute (ISI) aims to be the “Oxford University” for the young, focusing on intellectual formation but relying less on social media. With new CEO John Burtka, who is only 31, ISI will be investing more in its social media strategy.

Turning Point continued to grow also on LinkedIn and now leads on that platform as well. On Instagram, Turning Point is so dominant that, with 1.4 million followers, they have three times more than all their friendly competition combined.

Among grassroots and activist groups Judicial Watch is the social media leader. I began tracking their social media last year and it continues to grow on all platforms. Judicial Watch has 1.6 million followers on Twitter, 790K followers on Instagram, 6.4 million likes on Facebook, and 899K subscribers on YouTube. It is followed by FreedomWorks and Americans for Prosperity.

The Hoover Institution (at Stanford University) and Mercatus Center (at George Mason University) have the largest social media presence among university-based free-market groups. There are hundreds of such centers in the United States. Most are like islands in their universities, and is not easy to track their social media impact. If I missed one with greater reach than Hoover or Mercatus, I welcome the information.

When I rank social media traffic by country population size and by Internet users, Latin American groups in my sample outperform their U.S. and Canadian counterparts on most platforms.

As I still do not have access to independent or inside information about how most think tanks are incorporating podcasts into their social media strategy, I will share the information from the social media leader, the Heritage Foundation. The highlights were selected by Rob Bluey, their Vice President of Communications and Executive Editor of The Daily Signal Heritage’s online publication. Hopefully, other organizations will be more open with their data in the future. Here the highlights,

·  The most successful podcast channel was “The Daily Signal Podcast,” which accounted for 2.27 million total listens.

·  The most popular episode (17,100 listens) in «The Daily Signal Podcast» was His Sister Was Sex-Trafficked for 6 Years. Here’s How He’s Devoted His Life to Fighting It.

·  The most “viewed” podcast—several think tanks post podcasts as videos—was a “Heritage Explains” episode that had 26,600 views on Facebook.

·  «The Daily Signal Podcast» peaked at No. 31 on the iTunes Daily News Podcast Chart.

·  According to the all-time daily news podcast rankings, “The Daily Signal Podcast” is No. 42. That’s higher than some established media brands.

In previous analyses I have mentioned Brazilian political philosopher Olavo de Carvalho, who has approximately 3 million followers on all the platforms combined. He outpaces all Brazilian and Latin American think tanks. This time I will mention three individuals from the Spanish-speaking world who focus on economics and public policy and who have a sizeable and loyal social media following: Juan Ramón Rallo @juanrallo (287K Twitter followers), Daniel Lacalle @dlacalle (255K), and Roberto Cachanosky @rcachansoski (243K). The first two are from Spain and Cachanosky is from Argentina. They collaborate with think tanks, but they are a power in themselves. In the English-speaking world, the faithful owner of an account @thomasSowell named after economist Thomas Sowell, which only quotes from his works, is followed by 683K admirers.

My apologies if I missed a better-scoring free-market organization or individual. This is a growing field, both in platforms and players, so not easy to cover all. I hope that the information provided here helps those who work in or support these organizations that promote a free economy, an essential component of all free societies. 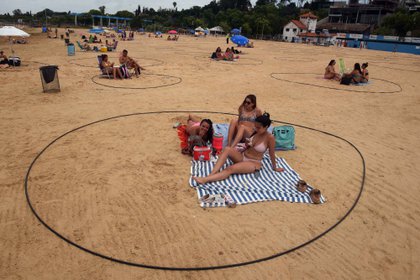 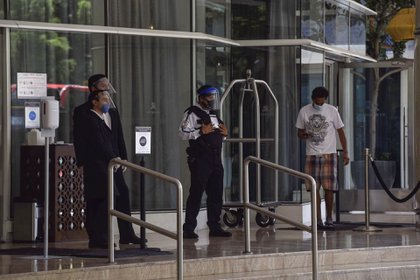