Now that socialism is fashionable again in some circles, it pays to know it well. Socialism is attracting acolytes especially in certain age brackets and in countries that have not suffered under its most radical impersonations. When describing “socialism,” few people are thinking of North Korea or the old USSR, or even Venezuela. The term is used to describe a range of countries as different as Cuba and Sweden. Depending on ideological or propaganda goals, Sweden is described either as an example of democratic socialism or as a mostly free economy.

One of the theaters of this debate is the Roman Catholic Church. At least for some of us who remember the ’70s, it is déjà vu all over again. During my teenage years, communist forces tried to take over Latin America. Understanding that “the people could not be against the people,” socialists tried to infiltrate popular institutions and movements. The Catholic Church was one of their targets. Populist political parties were another. One was the Justicialista Party founded by Juan Domingo Perón in my native Argentina. In both cases communists failed to take complete control. Their ideologues and partisans, however, never abandoned their goals.

Although some diehard socialists still fought for traditional Marxism, which focused on the nationalization and state control of the means of production, by the 1980s it was apparent that the left was becoming more prudent with its economic goals. One example was the policies implemented by Felipe González of the Spanish Socialist Workers Party. After becoming prime minister of Spain in 1982, González decided to follow market-oriented policies. He kept the culture and educational ministries in order to help mold future generations. The new socialists were relinquishing some of their economic goals but keeping their cultural objectives intact.

Among the clergy, one who anticipated the shift from economic Marxism to a cultural war was Father Fernando Ocáriz. In 1976, when many in the Church were following and disseminating Marxist-informed liberation theology, Ocáriz wrote An Introduction to Marxism. This was an accurate description of Marxist philosophy and was highly critical of its impact. Many aspects of liberation theology, especially its Marxist framework, were later condemned officially by the Vatican, but in 1976 few Catholic priests had the courage and clarity to confront Marxism.

Another early critic was a Jesuit, Father Enrique Menéndez Ureña (1939-2014). In 1981 he published a book, El mito del cristianismo socialista (“The Myth Of Christian Socialism”). The English translation only appeared in 1988, published by the Franciscans with a title which, unlike the Spanish edition, did not anticipate the anti-socialist conclusion: Capitalism Or Socialism?: An Economic Critique for Christians. In his book, Menéndez Ureña gives socialists’ goodwill the benefit of the doubt, but when describing the nature and outcomes of socialism he concludes that Christians should not opt for it. In addition, he predicted the fall of communist economies. In response Menéndez Ureña was attacked by members of his own religious order. It distressed him, but he answered with another book titled Left-wing Neoclericalism. He also became a member of the Mont Pelerin Society, the prestigious society of free-market economists. Unfortunately he died at the relatively young age of 76.

Returning to Ocáriz, we can note that when he wrote his book communists were still pursuing their full agenda – much more totalitarian than, for example, today’s Chinese or Cuban communism. Even labor as a means of production was strictly controlled. Workers were not allowed to move about freely. Nevertheless Ocáriz saw that full-fledged Marxism was losing appeal in the West. In order to make inroads, it began wearing new clothes, adopting bourgeois customs or what some would call bourgeois virtues. The term “cultural Marxism” refers to aspects of this agenda. The Institute for Social Research, an academic think tank at Goethe University in Frankfurt, is usually credited with seeing the weaknesses of Marxism and starting an entirely new angle of attack against capitalist societies and “Western values.”

Not everyone, however, associated socialism with state ownership of the means of production. Oswald von Nell-Breuning (1890-1991) was a noted Jesuit scholar who was extremely influential in the drafting of the Pius XI’s 1930 encyclical Quadragesimo anno, which built on the groundwork laid by Pope Leo XIII in his 1891 encyclical Rerum Novarum. He wrote forcefully in his Reorganization of Social Economy: The Social Encyclical Developed and Explained that a system could still be qualified as socialist even if the means of production were in private hands.

Antonio Gramsci (1891-1937) is often referred to as the “father of cultural Marxism.” Father Ocáriz wrote that the Gramsci’s way “seems to be the only way in which, at least today [i.e. late 1970s], the communist party can enter into the orbit of power of the countries of Western Europe.” This was especially due to the affinity of communists with the bourgeois spirit that dominated those countries. In some countries today, like Peru, they use the term “caviar left” to describe them. Fr. Ocáriz noted that Louis Althusser (1918-1990), a noted French Marxist philosopher, did not hesitate to label Gramscian Marxism as “bourgeois relativism.” For Ocáriz, the radical Marxist perversion is to “ensure that justice and injustice, good and evil, truth and lies (considered as capitalist ideological forms) finally disappear from the minds and hearts of men.”

He adds that this version of Marxism was the one most at work in the West, precisely because primitive Marxism, having impregnated a good part of Western cultures, “produced – as a counterforce – an inexplicable phenomenon for theoretical Marxists. The bourgeois spirit in its most pure state, to use [Augusto] Del Noce’s expression, is typical of the technological and consumerist society of the developed countries and the developed world.”

For Ocáriz, following Del Noce, this “bourgeois, atheistic, Western materialism is a post-Marxist philosophy, which could be encapsulated as one of the absolute relativist dogmas that goes against the revolutionary spirit and at the same time as a complete denial of tradition.” He predicted that it would get worse, resulting “in the sad current panorama, almost like a vicious circle in which the bourgeois spirit and the revolutionary spirit feed each other, creating terrible decay at all higher levels of man and society: religion, morals, ideals . . .”

Not that Ocáriz ignored the economic aspects of the problem: “The most definite characteristic of socialism – although in reality it is one of the applications of collectivism in general – is the denial of the right to ownership of the means of production.” Ocáriz added, “Private property is a natural right, and an expression of the most dignified aspects of human nature,” He quoted Pius XII, who stated that private property, together with marriage and family, tends by its nature “to form and develop man as a person, to protect him and to make him capable of contributing, through his voluntary collaboration and personal responsibility, to the maintenance and development, also personal, of social life.” (Christmas Message, December 24, 1952)

Regarding the outcomes of communism, we know now that in 100 years, regimes inspired by Marxism killed 100 million people. Ocáriz mentions some of them, such as those murdered by the Cheka (or Tcheka, precursor of the KGB) between 1917 and 1921. At the time those documented deaths amounted to 1,760,000. He writes that they “included 25 bishops, 1,200 priests, 20,000 public servants and 815,000 farmers. The numbers of those killed grew under Stalin, and amounted to 8 million in Ukraine alone.”

Few people remember, or sufficiently emphasize, that in many cases Marxists came to power by capturing social democratic parties. That was name of the political party taken over by Lenin. Their strategy is to hide their real colors for some time. Fidel Castro and Venezuelan Hugo Chávez hid part of their goals. Ocáriz wrote: “In order to create confidence among the bourgeois, Marxism – in addition to the alliances that it might consider useful – will present itself as an unflinching, hardcore defender of democracy, of freedom of association and speech, etc.” A segment of the libertarian movement finds it natural to form alliances with this new left. Once in power, communist and socialists believe it is consistent to abolish or redefine these rights.

While Marxists of the recent past failed to implement their entire agenda, they are winning in some areas. Atheism is growing in most of the West. They were also globalizers, as Ocáriz says: “[Gradually], as with Marxism-Leninism, or all at once as Trotsky dreamed, who long ago . . . argued that nation-states are barriers ‘to the development of productive forces.’” But the relativism and materialism produced by certain rationalist views were supposed to lead not to a Marxist utopia but to a “perfectly bourgeois” society.  Are we there yet? By some reactions in major Western countries it seems that the culture war is not over yet. But both the left and some libertarians (who object to being labeled as “right”) find common ground in a “bourgeois” world, which they push with different tactics and with different goals.

When Ocáriz wrote his introduction to Marxism he was just a young priest. He is now the “Prelate,” or highest authority, of Opus Dei, a Roman Catholic organization with more than 90,000 members, most of whom are laity. As members enjoy freedom of opinion in political and economic matters, I can’t expect him to write an introduction to “cultural Marxism” or to “21st-century socialism.” But I certainly hope that some with similar authority and knowledge, or talented Jesuits like the late Menéndez Ureña, will write such books that clarify non-Marxist socialism and the threats it poses for a free society today. 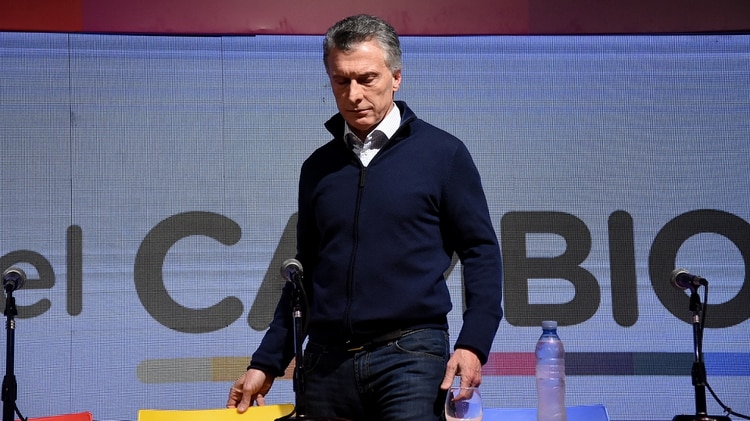