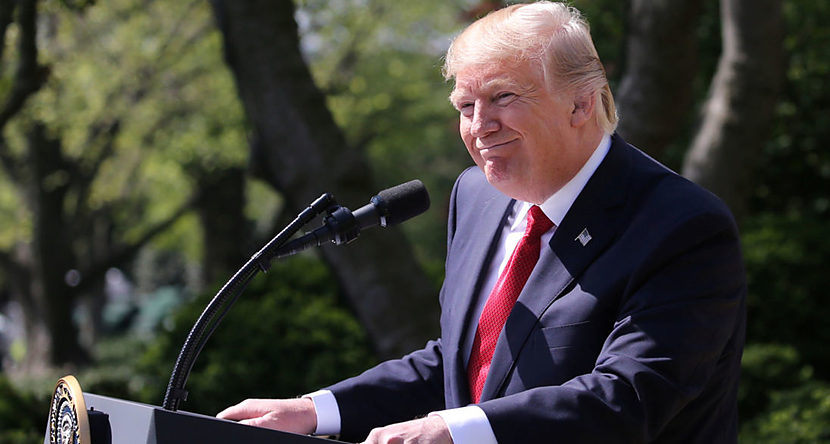 What the gold standard is

Under a gold standard, gold is money . This means that gold is (1) the most common means of exchange, (2) it is a good store of value, and (3) it is a unit of account. While we can picture gold coins being used for transactions in small amounts, larger amounts are done with a substitute of gold, usually a banknote with a promise that the bearer can exchange it for gold. These banknotes are issued by central banks, and are convertible to gold at par.
One feature of the gold standard is that the change in gold reserves signals to the central bank if it is issuing too many (or too few) convertible banknotes. If the central bank over-issues banknotes, meaning that banknotes increase more than the value individuals want to hold, then consumption at the aggregate or national level increases. Since individuals now see more banknotes than they want to hold in their pockets, they will spend the extra cash. This means that, unless production has increased, imports will also increase.

But in the exporting country the domestic banknotes do not circulate. Therefore the importer has to pay for the imports with gold. If imports increase more than exports, then the central bank sees their reserves decreasing. In modern days, where central banks issue fiat money (that is, banknotes not backed by gold or any other commodity), central banks need to find a substitute to figure out if they are issuing too many banknotes. That substitute is usually inflation; if inflation rises, central bankers reason that money supply might be too loose.
A common concern with the gold standard is that is prone to unexpected and random discoveries of gold that could produce inflation and monetary imbalances. Surely, no regime would be perfect. It would be unwise to criticize the real-world shortcoming of the gold standard in comparison to, for instance, an idealized but unreal central banking regime that issues fiat money. The useful, and fair, comparison would be to compare the real gold standard with a real modern central bank rather than an ideal central bank.

It is true that under gold standards of the past there were periods of inflation. But rather than assuming that these were problems with the gold standard itself, we can look closer at the events taking place at the time. When we do so, we find that either the many cases of inflation were not due to random gold discoveries or that the inflation rates were not actually very high.

Take, the case of the United States. The inflation “peaks” of less than 2% between 1812 and 1816 and again between 1861 and 1866 correspond with the War of 1812 and the Civil War respectively. In these cases, inflation is not explained by a shortcoming in the gold standard, but by an increase in government spending due to armed conflicts.
Another example is that of the Price Revolution that took place in Western Europe between the second half of the 15th century and the first half of the 17th century. During this time period of approximately 150 years the price level increased six times. That translates to an average yearly rate of inflation of just 1 to 1.5 percent.
I t seems that modern central banks, rather than the old gold standard, are the ones that have a poorer track record with respect to keeping a lid on inflation. Since 1971 (when the last remnant of the gold standard was abandoned), the inflation rate in the United States has had a yearly growth rate of 4%. This means that between 1971 and 2017, the price level has increased six times .

What the gold standard is not

The gold standard does not fix the price of gold.

As mentioned above, under a gold standard, gold is what functions as money, the convertible banknotes issued by central banks are money substitutes. Recall that ultimately what functions as the unit of account is gold. This means that the gold standard is not a policy that fixes the price of gold as if central bank banknotes were money and gold just a commodity of reference. This is not just semantics.

Today gold is no longer widely perceived or accepted as money. The observed volatility of its price against a currency such as the US dollar is seen as a concern if gold were to be the reference commodity under a gold standard. If, hypothetically speaking, a central bank were to go back to the gold standard, this means that gold would function as money, not that the price of gold would be fixed and the central bank would have to expand or contract the money supply to stabilize its price (i.e. buy and sell gold at the given fixed price.)

The gold standard is not a regime of international fixed exchange rates.

If we had two metals, gold and silver, then will see an exchange rate between gold and silver. But this would be a bi-metallic system, not just a gold standard.

To argue that there is an exchange rate between two convertible banknotes issued by different central banks is like arguing that there is an exchange rate between two checks denominated in dollars but issued at different banks. If one check is for $50 and the second one for $100, the relation is that we need two $50 checks to equal the value of on $100 check. This is a parity relationship, not an exchange rate. Once again, to argue that the gold standard is an international regime of fixed exchange rates is to confuse what is and what is not money under such a system. These checks, or convertible banknotes, have different denominations or measurements of the same good (pounds, ounces, etc.) the same way that miles and kilometers are different measures of the same thing. There is no price between miles and kilometers, there is a parity conversion.

Why the gold standard failed

Once we take this sequence of events into account we can see that the gold standard broke down because of WWI and it never returned to its normal functionality. The gold standard cannot be responsible for the Great Depression for the simple fact that it stopped working more than a decade before.

However the behavior of UK and US policymakers of the time went against the gold standard mentality. Especially in the US, where the idea of increasing the money supply without a commensurate increase in gold reserves, all in an effort to help the British Pound, was not part of the gold standard mentality.
The gold standard did not fail due to its own internal problems, but because of government driven, calamitous events such as WWI and the post-WWI policy makers’ looser monetary policy, made possible due to the inconvertibility of the banknotes.