During the year that is just starting the U.S. economy will face major challenges.  The pressures built in health care, monetary, and immigration policies are likely to lead to decisions that can have a major impact on economic growth.  There are always chances for additional positive and negative shocks.  A faster move to freer trade with Europe would be a positive shock.  A liberalization of North American energy markets, including the approval of the Keystone pipeline and continued progress in Mexico is another.  Negative shocks can come not only from the economic arena, but also for national or international security threats, such as acts of terror or wars affecting the U.S. or its major allies.  Think Tanks are playing an important role in most of these battles.

The implementation of “Obamacare” or the “Affordable Care Act,” expanding government control of citizen’s health, will again be the major battle.  The US health sector is approaching 3 trillion dollars, or over 17% of total GDP.   Any major change in that market has huge implications.   Research focused think tanks that have been at the vanguard in proposing market oriented solutions include the National Center for Policy Analysis, NCPA, Dallas, Texas, and thePacific Research Institute, PRI, California.  NCPA, led by John Goodman, started as a health policy center with the University of Dallas.   It was thirty years ago this month when NCPA published a plan to use individually owned “medical IRAs” to tackle Medicare problems.  Goodman and Richard Rahn, then chief economist for the U.S. Chamber of Commerce, wrote a piece in theWall Street Journal describing the proposal, focused on the much needed personal ownership and portability.  Sally Pipes, President of PRI, uses her outstanding knowledge of the weaknesses of the Canadian socialized model to promote alternatives for the US health care market.  The Manhattan Institute, the only market oriented think tank to endorse the expansion of Medicare under President George W. Bush, also remains very active in the field, especially promoting the public/private solutions of Medicare Part D.

Those who study economic history understand that few things are more damaging to an economy than unsound money.  Germany in the 1920’s and Argentina are often mentioned as examples.  Smaller think tanks that cherish their independence from the banking elites have led the fight against the destruction of the dollar and the manipulation of money and credit.   Some are old like the Committee for Monetary Research and Education, CMRE, which has championed sound money for half a century, and the Lehrman Institute.   Others are of recent founding, such as the American Principles Project, which like Lehrman, promotes a gold standard.  The Mises Institute, in Auburn, Alabama, has stayed faithful to sound money since its founding in 1982.  Their work will be complemented by an enhanced effort by the Cato Institute to monitor the Fed and monetary policy.  Cato’s latest 2013 monetary annual monetary conference presented a solid program with renowned speakers describing the economic and political pitfalls of paper money.  The battle for sound money also includes efforts by editorial boards, Forbes comes to mind, as well as scholars, such as Nobel Laureate Robert Mundell and Allan H. Meltzer, President of the Mont Pelerin Society.  Meltzer is scheduled to testify next week in Congress where he will repeat his warnings about the dangers of the current monetary policies and propose better anchors.  A few free-market economists are more concerned by potential deflation.  They argue that the “fundamentals” have changed pointing to a higher demand for cash-balances from the new emerging middle class in China, India and others.  This higher demand neutralizes some of the monetary expansion.

Immigration reform is another battlefront with major economic implications.  The “Red Card” proposal based on two year work permits handled by the private sector, with the government performing an oversight for security purposes, should offer enough common ground.  The proposal comes from Helen Krieble, an intellectual entrepreneur working from her private foundation, rather than from think tanks.  In some of their papers, Heritage and Cato, which produced studies with widely divergent estimates of the cost and benefits of immigration, have endorsed relevant aspects of Krieble’s proposal.

Free trade is a great engine for growth.  The most important treaty under consideration is the Transatlantic Trade and Investment Partnership, an effort to liberalize trade between the European Union and the United States.  While the effort to approve NAFTA counted with large network of free-market think tanks led by the Fraser Institute which worked to support its passage, no similar effort exists to promote TTIP.  The potential for wealth creation of these pacts hinge upon agreeing to build them around the best possible common denominators, the lowest tariffs, and the simplest and less burdensome regulations and non-tariff barriers.  Conservative and free-market leaders have been lukewarm in their support as they fear that the current administration favors the European welfare state and regulatory models and that the deal might end up promoting more interventionism.   A TTIP agreement which truly enhances free-trade would send a very positive signal and would likely spur further liberalization.

A 2014 with market-based health care and immigration reform, with freer trade and a sounder monetary policy would lead to a very happy new economic year.  But I am not so optimistic.  I expect that president Obama and his administration will try to make their health proposal work at all costs.  I doubt that think tanks will be able to make much progress against the Fed and the powerful interest that rely on their policies.   Immigration remains so contentious, that progress will be difficult.  The US-EU trade treaty has more chance for progress.  Let’s celebrate anyway a new year and join the effort of think tanks trying to liberate the entrepreneurial spirit from so many government shackles. 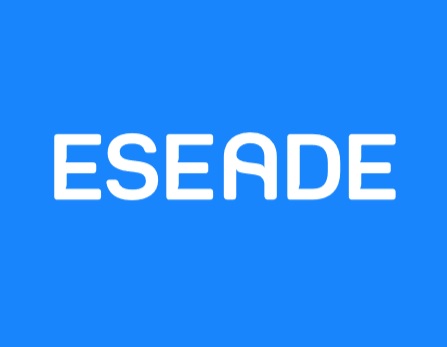